Despite popular sentiment, marijuana addiction in women can lead to devastating consequences. The social acceptance of this drug does not fully accept the prominent place it holds as a gateway drug. While there are legitimate medical uses for marijuana, the overwhelming majority of women are only in danger from the abuse of this drug.

Marijuana is most popularly used by smoking so-called joints, or marijuana cigarettes. Other uses include abuse through paraphernalia such as pipes, or bongs. More recent additions to marijuana smoking epidemic include the substance laced with more harmful and addictive drugs such as cocaine or PCP.

The high of marijuana can be compared to a buzz from alcohol. Similarly, the ability to operate a motor vehicle under the influence of marijuana is hazardous for society as a whole. The long-term effects of marijuana use have been linked to brain damage in some studies. As with tobacco smoke, the inhalation has an adverse effect on the lungs and respiratory system. Specific damage to women as the result prolonged marijuana use include altered menstrual cycles and a decrease in ovulation probability.

Are you concerned that a woman in your life is addicted to marijuana? You should be on the lookout for unusually bloodshot eyes, the presence of paraphernalia associated with marijuana use, the unique smell of smoked marijuana, and a change in interests. Memory and focus can be lessened by an abuse of marijuana.

Do you believe you, or woman you love, needs help to overcome addiction to marijuana? While the detox process for marijuana is less rigorous on the body than other drugs, it is highly advisable to seek professional help. The family at Awakening Hill Country can offer the medical, psychological, and counseling resources needed to help every woman find their way back from marijuana addiction. You, and your family, cannot wait another day to make this change. Don’t risk the possibility of marijuana addiction becoming something much, much worse. We are standing by 24 hours a day, seven days a week, to begin this process with you. Please, call now.

You can get help right now. 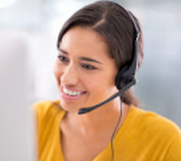 Prefer Us to Call You?